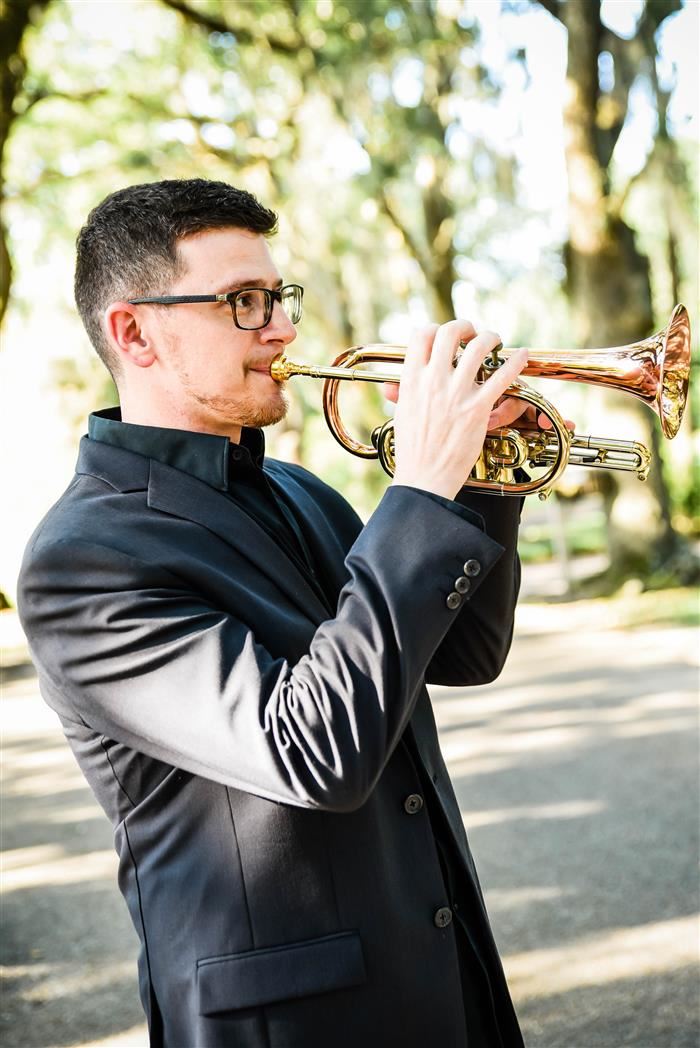 Chris Morgan has been the Assistant Band Director for the Biloxi High School Band since 2016, conducting the Symphonic Band and the Jazz Band.  He also teachers Dual Credit Music Theory and assists with all 7th and 8th grade bands at Biloxi Junior High School.  Prior to joining Biloxi, he worked with Ocean Springs Bands (2007-2016) as Head Director of the Middle School and Upper Elementary Bands.

Mr. Morgan was born and raised in Pottstown, Pennsylvania, a small suburb of Philadelphia.  He was an active student leader in his high school band and won auditions into the Pennsylvania All-State Jazz Band in 1997 and 1998.  He also received the Louis Armstrong Jazz Award/Scholarship.  He holds a Bachelor of Music in Music Education from James Madison University where he studied trumpet with James Kluesner, music education with Dr. J. Patrick Rooney, and jazz studies with Charles Dotas.  Mr. Morgan also holds a Master of Music in Trumpet Performance from the University of Minnesota under the tutelage of Dr. David Baldwin and Dean Sorenson.

Mr. Morgan is an active performer of all styles of music around the Gulf Coast.  In 2003, he was lead trumpet aboard the Carnival MS Fantasy.  He has performed with the Mobile Symphony Orchestra and the Gulf Coast Symphony Orchestra and serves as a soloist with the Coast Big Band.  He also performs regularly with Caution Swing Bridge, a jazz quintet made up of Gulf Coast locals.  He can be found every Sunday morning performing downtown for First Baptist Church in Ocean Springs. Mr. Morgan currently resides in Ocean Springs with his wife, Susie; their children, Thomas and Lillian; and their dogs, Maxwell and Stella.